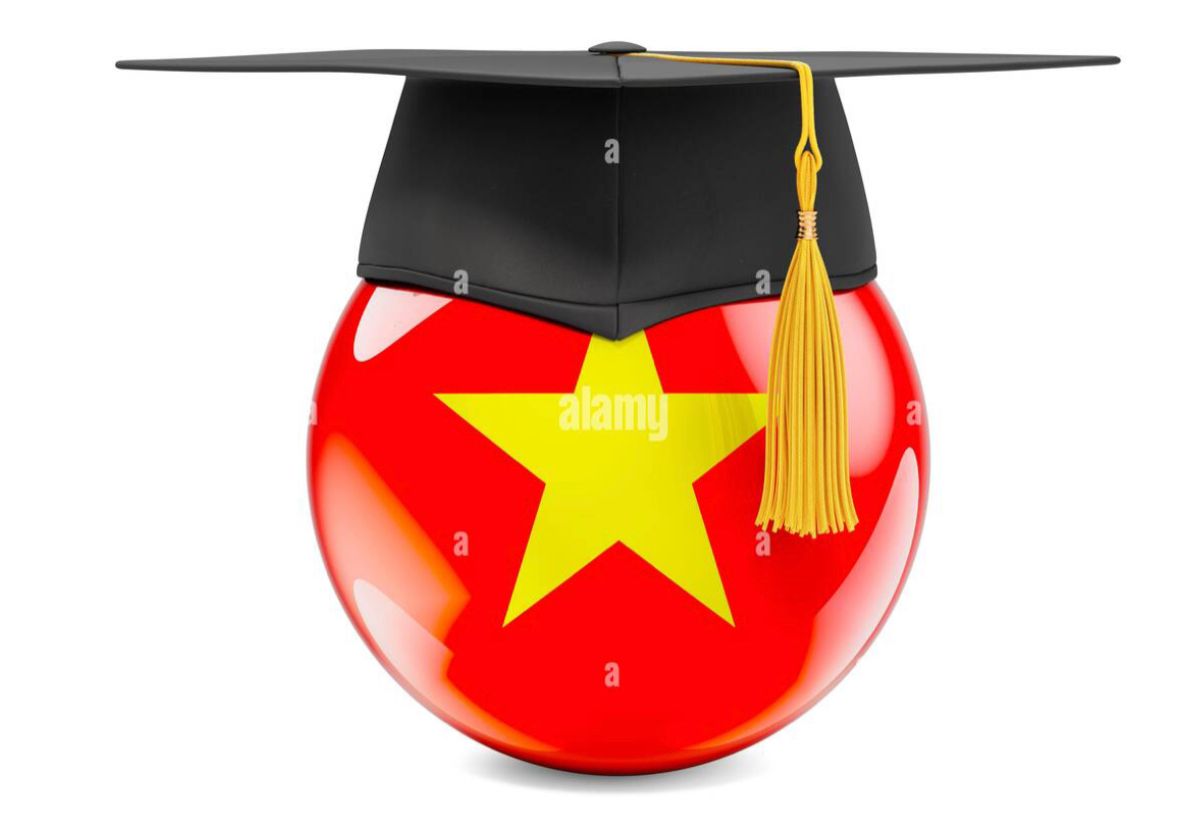 Vietnam is a fast growing lower middle-income country with a population of around 95 million and a market-oriented socialist economy. It is among the fastest growing economies in ASEAN and a strong regional player. Living standards have improved quickly in the last three decades, and poverty now affects less than 10% of the population. But despite progress, a deep urban–rural divide persists: over 70% of Vietnam’s poor are from ethnic minorities.

In Vietnam, Official Development Assistance has made a substantial contribution to the national development agenda, helping to meet the costs of this country’s economic transition, the expansion of its infrastructure, the development of public health and education systems, and ambitious programmes to fight poverty and inequality. Vietnam is now entering a new phase of its national development, and the country has set out to become a modern and industrialised country by 2020. 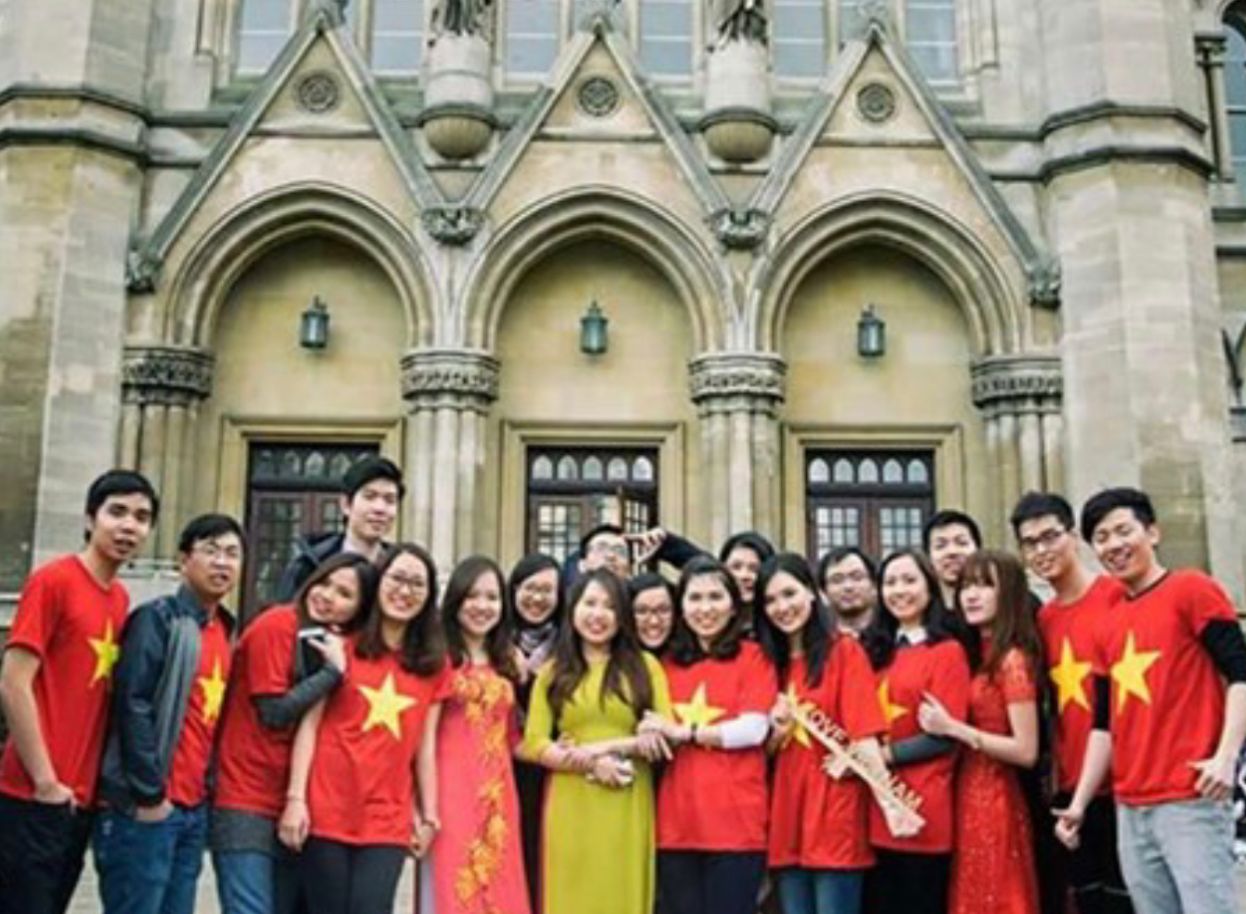 GDP contribution of education and training in Vietnam:

Vietnam has witnessed a rapidly growing economy in recent years while having the advantage of a relatively young population. To further advance its economic development, the country has focused on refining its education system. Recurrent expenditure on education and training in Vietnam has been growing gradually, resulting in an increasing number of academic staff and institutions, particularly within the higher education sector. In 2020, there were about 3.74 thousand newly established businesses for education and training in the country.
Getting into a university in Vietnam:
For the Vietnamese youth, higher education is very competitive. Getting into a good university is believed to determine the student’s success in their career. High school students conclude their general education with an exam that serves double purposes of getting their general education diploma and applying for universities. Apart from enrolling into universities, students may also enter other types of higher education institutions which include junior colleges, mono-specialized universities, multi-disciplinary universities, and research institutes. While public universities, which are home to some of the most prestigious degrees in the country, are known for being affordable, the number of private university students has been growing in the past years. The private education sector offers a variety of programs from international universities and local institutions. In addition, some of Vietnam’s largest corporations, including FPT and Vingroup, have recently entered the private education sector, providing degrees specializing in supplying talents for their businesses.
Challenge and outlook of the higher education sector in Vietnam:
With a gradual increase in academic staff, there has been more spending on personnel training as well as funding in research and development. Despite the substantial amount of spending, Vietnam’s higher education still faces certain challenges regarding research and publications, which is a critical criterion for choosing a degree for many in the Asia Pacific region. Academic progress in terms of post-graduate education and scientific publications is still an ongoing challenge that, if successfully addressed, could improve the standards of higher education in Vietnam.
Meanwhile, like other sectors, Vietnamese higher education has had to face the challenge of rapidly digitalizing due to the COVID-19 pandemic. Online courses and exams have become the new normal for university students and lecturers during the lockdowns in 2020. As Vietnam heads towards industry 4.0, education has a significant role in shaping a digitally equipped workforce. In turn, this sector will continue to benefit from digital transformations in the future.

The most important key figures provide here with a compact summary of the topic of ‘Higher education in Vietnam’ and show straight to the corresponding statistics.

Capital investment in tech startups in education sector in Vietnam:
In 2020, startups within the digital education segment in Vietnam received a total of eight million U.S. dollars in capital investment. From 2013 to 2020, around 109 million U.S. dollars was invested in digital education startups in the country.
Employment in education sector in Vietnam:
In 2019, the median monthly gross salary in the education and training sector amounted to six million Vietnamese dong for entry level jobs, eight million Vietnamese dong for experienced staff, 13 million Vietnamese dong for leaders and supervisors as well as 20 million Vietnamese dong for manager positions. The number of newly established businesses for education services has increased in recent years, generating new jobs as well.
Developments in education in Vietnam:
Vietnam’s socio-economic development strategy 2011-2020 included many efforts to modernize the education system, including advancing human capital development, increasing enrollments in higher education, and adapting the education system to the needs of the country’s market-based economy. Vietnam’s government does not only want to improve national education but also to head towards facilitating internationalization.
Education in Vietnam:
Singe the economic reforms in the 1980s, Vietnam has transitioned to a socialist-oriented market economy. Together with the privatization and restructuring of state-owned companies, the reforms have led to a continuously growing GDP for Vietnam since then. The economic growth has enabled the country to invest more in its education sector to improve the quality of the labor force.
As a result, the recurrent expenditure on education and training has been increasing fast in recent years, accounting for approximately four percent of Vietnam’s GDP in 2020.
Education system in Vietnam:
Managed by the Ministry of Education and Training, the education system in Vietnam consists of both public and private institutions. Although entering pre-school or kindergarten is the first stage of education for many children, the mandatory level of schooling usually starts from the age of six to seven years and consists of twelve years of education. This is divided into five years of primary education, four years of secondary education, and three years of upper secondary level. Upon entering upper secondary schools, students have the option to enroll in gifted education institutions. The curriculum from these institutions has a stronger focus on a designated subject, such as English, Literature, or Mathematics, but getting into one requires sitting for a highly-competitive additional high school entrance exam. General high schools also offer science-based, arts, and humanities specializations that are particularly relevant for students who want to pursue further education. The formal education program concludes with the National High School Graduation Examination (NHSGE), the results from which determine the entrance to universities.
Outstanding issues and outlook of the education system in Vietnam:
Vietnam’s rigorous education system has led to some health and social issues. Depression and anxiety have become more prevalent among young people, leading to overall higher suicide rates in the last decade. Meanwhile, education is perceived to be among the most corrupted sectors in Vietnam. Despite several drawbacks from the education system, it has led to positive improvements in human capital. Vietnam has a relatively high literacy rate of over 95 percent, one of the highest in the Asia Pacific region. In addition, the country has been recording an increasing amount of capital investment into digital education startups. With a young, digital-savvy population, online education is expected to have a more significant role in the future in the country.